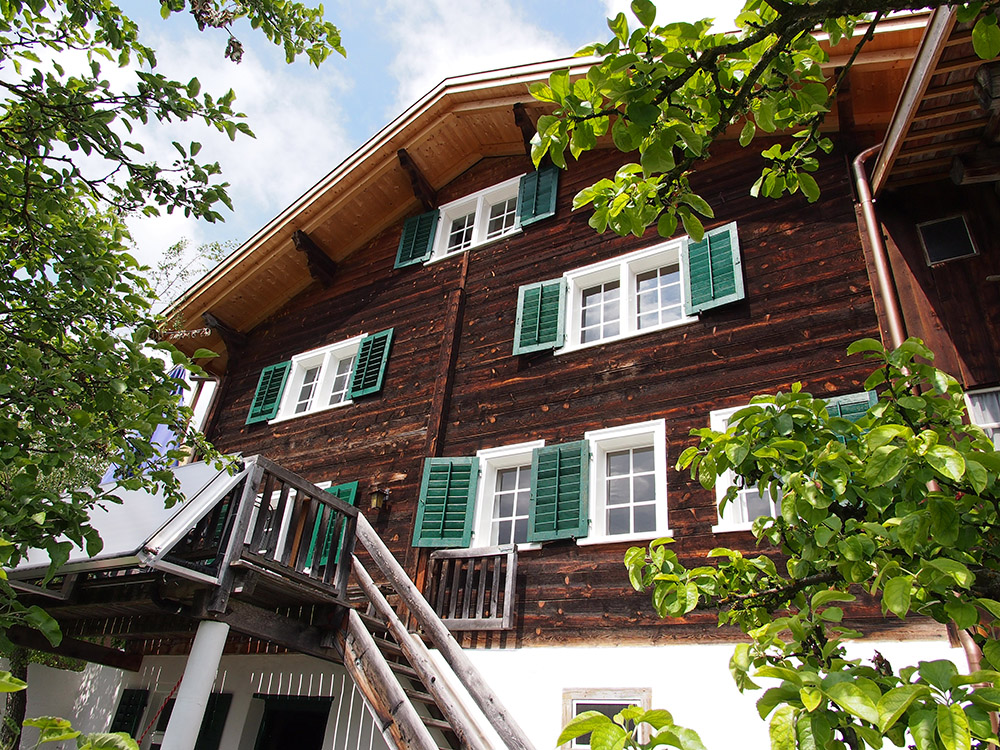 Our house probably was built in the 1840th and is situated in the middle of the small upper part of the village Castiel. It is surrounded by similar wooden houses of the same period of the 18th and 19th century. Castiel is a very origin and typical village of that region in the Swiss Alps.
We carefully renovated the house in 2011 completely, separating it in two apartments, adding two modern bathrooms established in the former cattle shed, installing a central heating system based on wood pellets and a warm water system based on solar power.

The character of the building was secured as much as possible so that the interior is almost completely original dating from the 19th century.

Castiel is a fantastically sunny location all year due to its geographical position. Always above the low-land-fog provided with clear skies and marvellous landscapes.

Throughout the house there are wooden floorboards of the 19th Century, mostly original stained glass windows and some of the old wood paneling on the walls and ceilings. The central heating is powered by wood pellets, solar energy is used to heat water. The bathrooms were installed in the former barn.